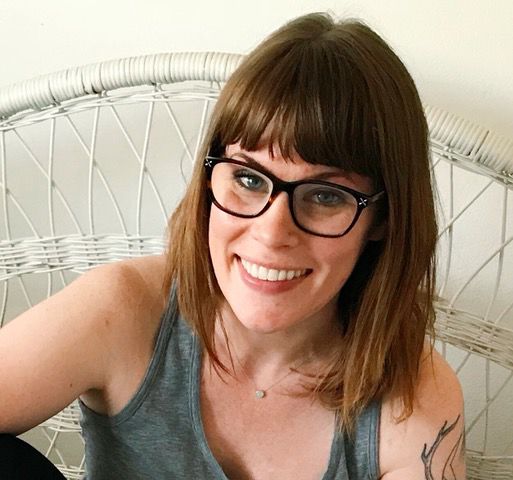 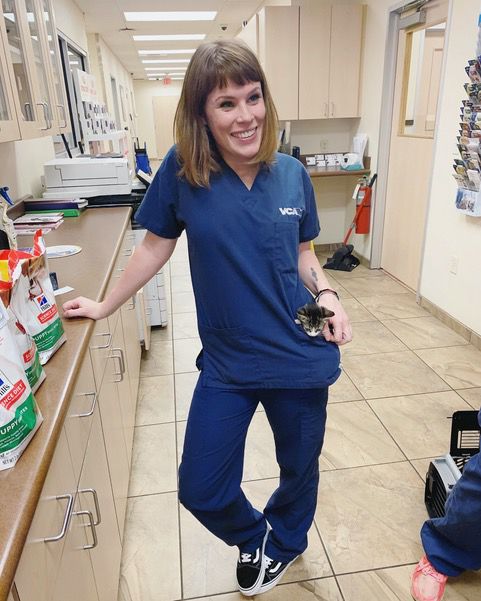 Family members and friends remembered Desiree Bernarducci as a veterinary technician with a bright smile, plenty of jokes and a love of photography and animals.

“I don’t think she ever met a stranger that didn’t turn into a friend,” her father, Keith Bernarducci said in a phone interview Tuesday, a day after his daughter

was found shot dead in an apparent murder-suicide. “She was very outgoing, constantly fun to be around.”

Bernarducci was shot and killed by a man she knew — who then turned the gun on himself — outside the Sage Apartments on Monday morning, New Braunfels police said.

David Ferguson, New Braunfels Police Department communications coordinator, said the bodies of Desiree Bernarducci, 37, and Michael Dewayne Logue, 34, were found inside a Dodge Challenger parked at the complex in the 2500 block of West San Antonio Street.

Precinct 3 Justice of the Peace Mike Rust pronounced both dead at the scene and ordered autopsies, with Bernarducci’s scheduled Tuesday in Lockhart. Ferguson said it will likely take weeks before NBPD’s Criminal Investigations Division finishes its probe.

Ferguson confirmed Logue owned the car and resided at the complex. As he said Monday, the two knew each other but the exact nature of their relationship was part of the ongoing investigation.

“We still have to run everything down,” Ferguson said. “We have to do our due diligence in making sure they were the only ones involved and for autopsy and toxicology reports to come in.

“Just because they were the only (victims), we’re still going to run down all of the evidence to make sure we have a clear picture of what led to this incident,” he added.

“Desi” as she was known, had a bubbly personality and a special connection with animals, especially those traumatized or injured, said Keith Bernarducci, a retired 60-year-old military veteran who now lives in Navarre, Florida.

Keith set up a GoFundMe for to pay Desi’s funeral arrangements, planned for San Antonio, and travel expenses for family members traveling from states like California, North Carolina, Arizona and Florida. On Tuesday evening, the GoFundMe had raised over $6,000 toward its $30,000 goal.

Keith said he’s focused on planning Desi’s services and that he was in shock because the wave of emotions had not hit him yet.

“We have a lot to do, I think it may be partly military mindset,” Keith said. “When you’re career military, you’re dealing with other traumatic events and you can manage to get through them and step away.”

Her father said Desiree grew up moving from base to base while he served in the Air Force. Her parents divorced when she was little and Keith remarried, adding an adopted sister, Jennifer Bernarducci, 35, and stepbrother Treaver Smith, 33.

Keith said Desiree grew up in Southern California — she attended high school in Ventura and also spent time in Japan, Great Britain and Arizona. He said even at a young age, his daughter enjoyed rehabilitating animals and could calm them down when no one else could.

“It was not unlike her to see an animal injured or afraid,” Keith said. “She had the innate ability to project her love and care to that animal.”

Desiree became a vet technician, but found the cost of living in California overwhelming. Keith said she chose San Antonio as alternative. She moved to the area two years ago, and “her heart really went out to those animals” she treated in urgent care situations at San Antonio’s VCA Becker Animal Hospital.

Keith said although his daughter did not want to join the military, as a military brat she learned to be cool-headed under pressure.

“She loved people in the military and first responders,” he said. “People like that — she was kind of in that realm. She worked in an emergency for animal trauma so she embraced the work of VCA and other clinics.”

Keith said she was also passionate about photography and sometimes sketched. She enrolled in the Southern New Hampshire University online program and was pursuing a graphic design degree while in San Antonio. She talked about wanting to create art of injured and stray animals to promote adoptions.

“She saw the world through a different lens than the rest of us do,” Keith said.

Desiree also loved spending time with her extended family. Lita Cano, her aunt, said they were close like sisters and Cano would playfully call Desiree the “cat lady” for her two adopted cats, Ottis and Zoe.

“She was really funny, her sense of humor was like mine,” said Cano, 47. “People should know she was just a really big-hearted person and would just see the best in everybody even if they weren’t kind.”

Keith said the family is devastated but Desiree’s memory lives on.

“Desiree may be gone but the spark that she illuminated life with will never go out,” Keith said.

“To everyone who has family, don’t take a single day for granted. Love all of your family members … you don’t know if it will be the last time you can tell them that.”

[sad] Very sorry for the loss of this young lady. May the family find peace in her memories. A victim of violence due to the mans actions.