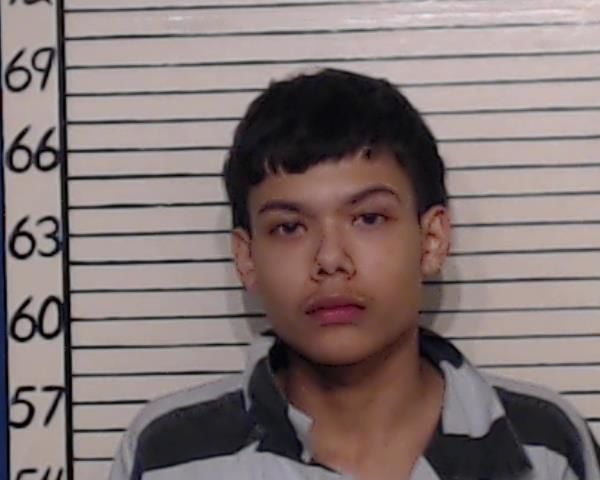 17-year old Zachary Barrera of New Braunfels was transported to the Comal County Jail where he was charged with first degree felony murder. 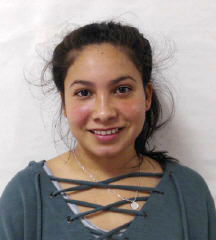 Zachary Barrera, shackled with irons and dressed in a black-and-white prisoner jumpsuit, looked bewildered in his first court appearance, 10 days after being charged with his sister’s murder.

After an hour-and-a-half hearing that included testimony from New Braunfels Police Department investigators on Tuesday, 433rd District Court Justice Dib Waldrip ruled there was probable cause for a murder charge against Barrera, 17, in the Feb. 8 shooting death of his 16-year-old sister, Gabrielle. Zachary will turn 18 on Feb. 25.

Both NBPD investigators testified about their roles and evidence compiled in the early hours of the investigation, which began with a 9-1-1 call from the siblings’ stepsister at 8:36 p.m.

They said what Zachary Barrera said, and evidence from his cell phone, led to his arrest. Early the next morning he was booked into Comal County Jail, pending $250,000 bond.

Late last week, his attorney, Chevo Pastrano, petitioned the NBPD, Comal County’s DA’s office, district clerk, district courts and justices of the peace for more background — arrest affidavits and more — associated with his client. He filed for and was granted a hearing order for 9 a.m. Tuesday, but only got his request after Waldrip postponed proceedings until 2 p.m.

Affidavits filed with the district clerk’s office on Feb. 10 indicated details of what happened after police arrived to the family’s home in the 600 block of Sumner Circle, where they found Gabrielle Barrera lying dead in a bedroom with a gunshot wound to the right side of her face.

Hobbs’ insight expounded on statements contained in the affidavits, which indicated one officer saw Zachary being held down on a bed by his father; another who saw a dab pen, a vaping device used to smoke dabs, tiny concentrates of liquid THC — the active element contained in marijuana; two spent casings from a 9 mm handgun; and a bullet fired into a bedroom wall that was recovered in an adjoining room.

Hobbs testified that various officers overheard Zachary Barrera saying, “I didn’t mean to shoot my sister,” and “I f*****d up,” and “I’m high, I had a dab pen.”

Doyer produced several photos of the crime scene, including some Hobbs said conflicted with Zachary’s claim that the bullet that struck his sister was on a trajectory that could prove the gun accidentally fired in a dropped exchange as he handed the weapon to Gabrielle.

Hobbs said Zachary claimed to have limited experience with guns. However, Mahoney, extracted video from the defendant’s cell phone that illustrated Zachary in mock poses with a handgun and firing one only weeks before Gabrielle’s fatal shooting.

Pastrano explored alternative scenarios with both detectives, but couldn’t do much against their additional statements, and more photos Doyer submitted as evidence.

The Herald-Zeitung will not publish information on either, as the case will next be considered by a grand jury, which meets March 13.

Zachary Barrera sat through the entire hearing without expression or emotion, only occasionally commenting with his attorney.

Although three family members, seated among a dozen taking up three rows inside the courtroom, were sworn to testify Tuesday, neither Doyer nor Pastrano opted to call them. Pastrano asked that Waldrip schedule a bail hearing at another time.

Attorneys for both sides — and family members who mourned the loss of Gabrielle during services held last Friday — refused to comment following Tuesday’s hearing.

Attorney: Shooting could be accidental

As the family who lost a daughter stages services in her memory, the attorney representing t…

Teen arrested, charged with murder of his sister

A 17-year-old New Braunfels man has been arrested and charged with murder in the shooting death of his 16-year-old sister, police said Sunday afternoon.