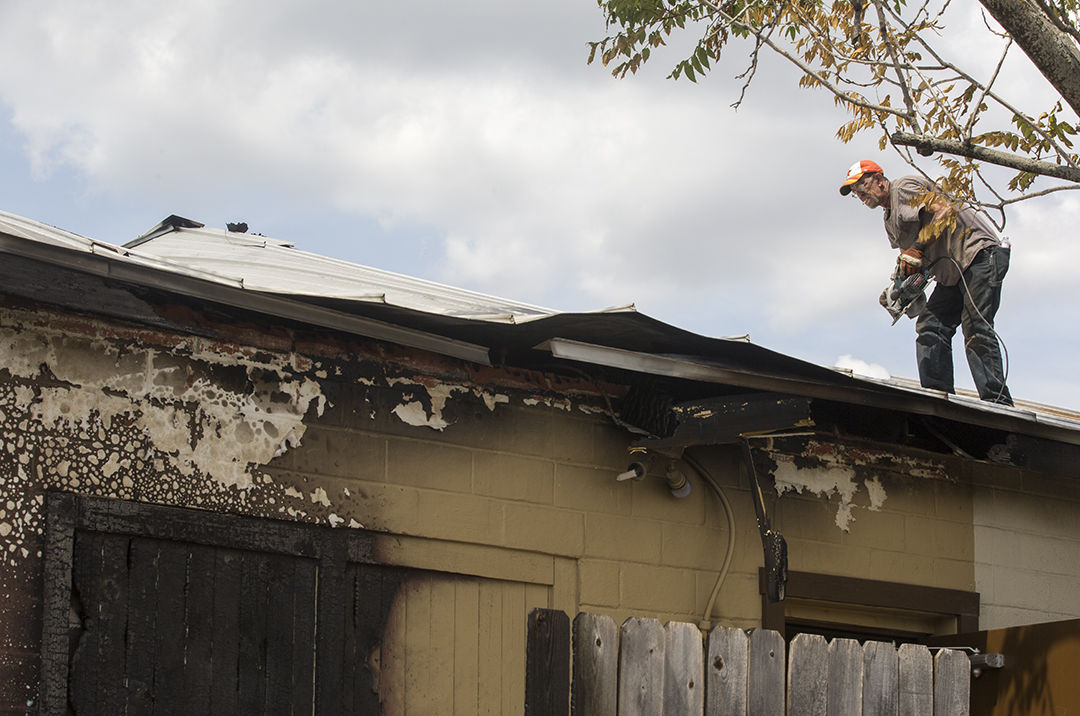 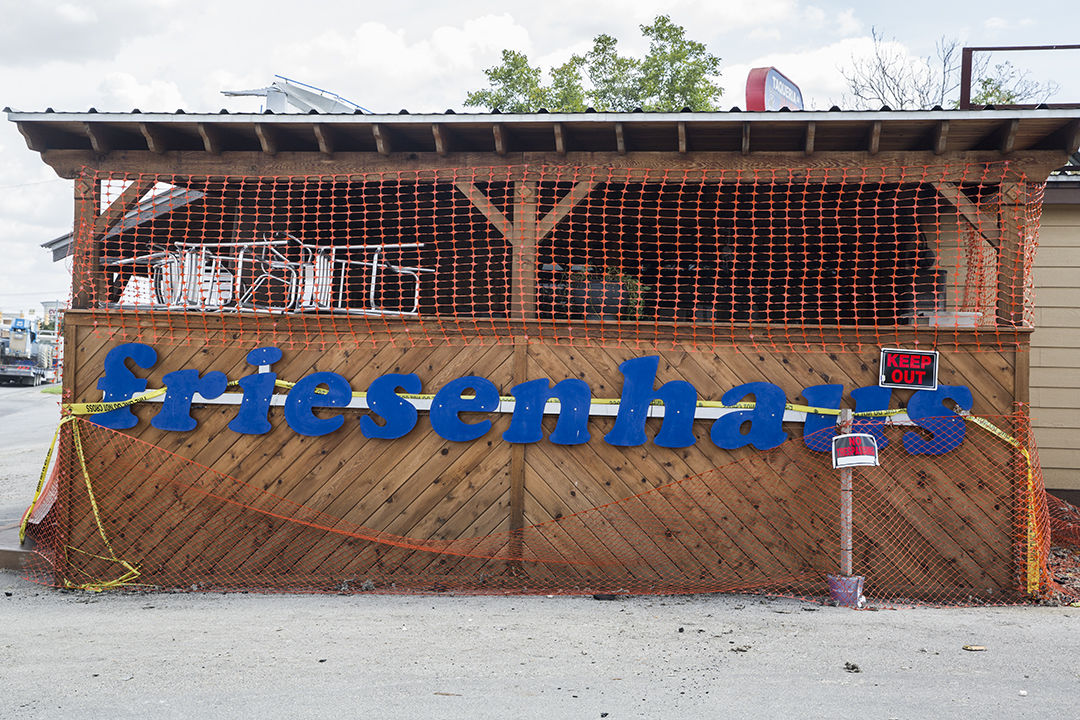 Friesenhaus owner Vance Hinton talks about beer, kegs, and his other business — Faust Brewing — all of it to avoid talking about the burned out hall of the German restaurant that will now have to be rebuilt.

“I’m sorry,” Hinton said. “I guess I wanted to move onto something happier because I’m just so depressed about what happened to the Friesenhaus.”

The night the Friesenhaus was on fire, Hinton was at the movies with a friend. He had his phone off during the film, and when he got out he turned on his phone.

It was Gion Dunbar of Schnaps Haus; they deliver liquor to one of Hinton’s other businesses, the Faust Hotel.

“He called and told me, ‘Hey! Your restaurant’s on fire,’” Hinton said.

Hinton thought Dunbar was kidding until he explained firefighters were already working to put out the blaze.

When Hinton arrived, he had to park at Spectrum, a few doors down, because roads were blocked.

“The smoke was billowing out, it was just — you know, once they would get the smoke to stop, then the flames shot back up again and it just was — I couldn’t believe it,” he said.

Now Hinton is beginning the long road to getting the Friesenhaus up and running again. For the time being, 40% of the staff are working at the Faust Hotel. The rest, Hinton said, have other plans.

He plans to bring some of the Friesenhaus menu items to the Faust Hotel once the kitchen staff is trained to prepare food of the same quality.

As for the building, Hinton said they’re waiting on a disposition from the insurance.

“From what I’ve heard from them thus far is they are leaning towards not considering it a total loss, which means we’ll have to have all new floors,” he said. “We will have to have an entirely new roof and quite a bit of framing and so forth. I’ve been involved in projects before where it would have been the simplest thing to knock them down and start new.  But if that’s not the way we end up having to pursue this, then we’ll figure it out.”

“I mean, it’s never a good time, Hinton said. “It’s a bad time for something like this if there ever is.”

They were looking forward to the busier fall and winter seasons, when crowds are drawn to the city for Wurstfest, the Formula One Race and Christmas.

“I don’t know if anybody else in town does that hot spicy Glühwein,” he said. “We offered it at Friesenhaus, and it was very much in demand.”

Some of his staff are cleaning out the restaurant, removing debris and charred items.

They lost an estimated 18 new kegs of beer and 19 tapped, along with a lot of data, which Hinton said wasn’t duplicated.

The building will also require all new plumbing, electrical work and equipment.

Another issue is trying to get the smoke smell out of the facility.

“I’d be lying to you if I said I was looking forward to it,” he said. “Definitely not.”

He doesn’t think the restaurant will open any time this year. Still, he thinks they’ll be able to continue the momentum the restaurant had until the fire happened.

“I was grateful that no one was injured, and there was no loss of life,” Hinton said. “Anything else can be replaced. Any old antique item or namesake item or something may not be replaceable, but something similar can take its place.”

As to the cause of the fire, Hinton is still waiting on the New Braunfels Fire Marshal’s initial report. Verbally, the fire department told him that in all likelihood, it appears to be an improperly disposed of cigarette.

“It wasn’t an electrical fire, and it wasn’t a kitchen fire,” Hinton said. “Anybody who says that doesn’t know me or any of the people that work here. Anybody with any capacity to think wouldn’t be making such a damning accusation. It’s completely embarrassing for them.”

He said he would go as far as to press charges against anybody involved “with that kind of slanderous remark.”

“I don’t have time for things like that,” he said. “This isn’t my only project, and I’ve got many other things going on. I don’t need distractions of that nature.”

As for the New Braunfels community, he said the biggest thing they can do to help is to continue sending well-wishes.

“We appreciate the good thoughts and other than that, I mean, once we do go through the whole rebuilding process, come back and support us,” Hinton said. “That’s the best thing we can ask for.”

This was a year where fire was often in the news. From the off again, on again burn ban that comes with living in Texas, to two restaurants in…