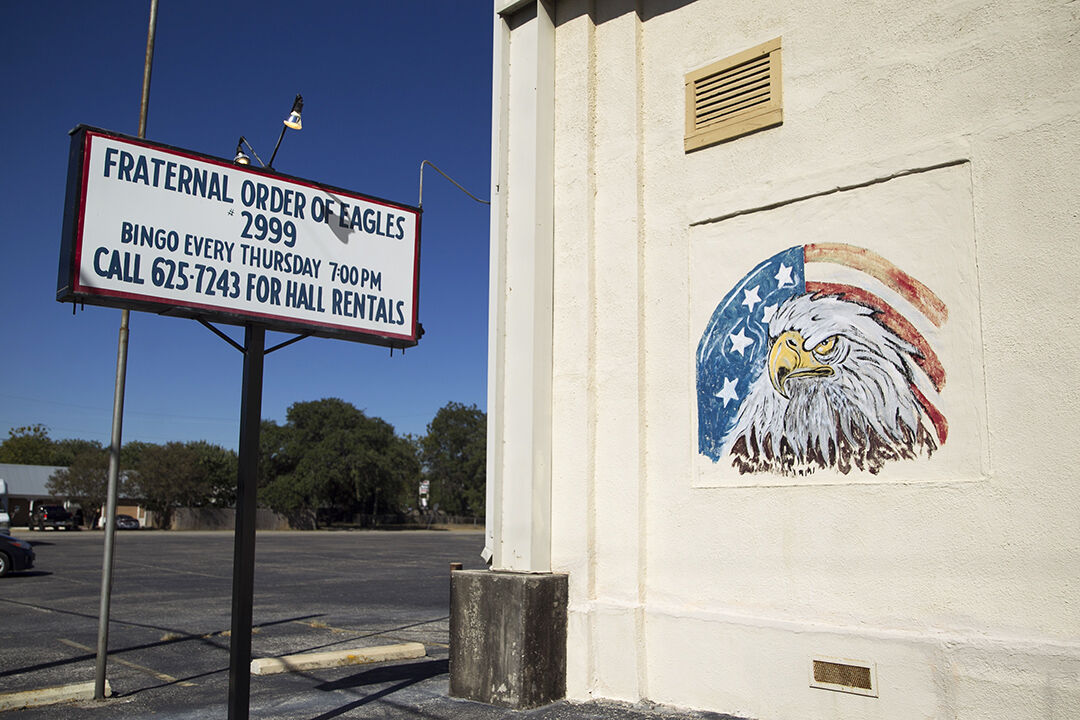 Eagles Hall stands on East South Street in New Braunfels. The Fraternal Order of Eagles sold the hall several weeks ago and recently held its final bingo and dance events. The organization will continue to operate in the city, but without a stable home. 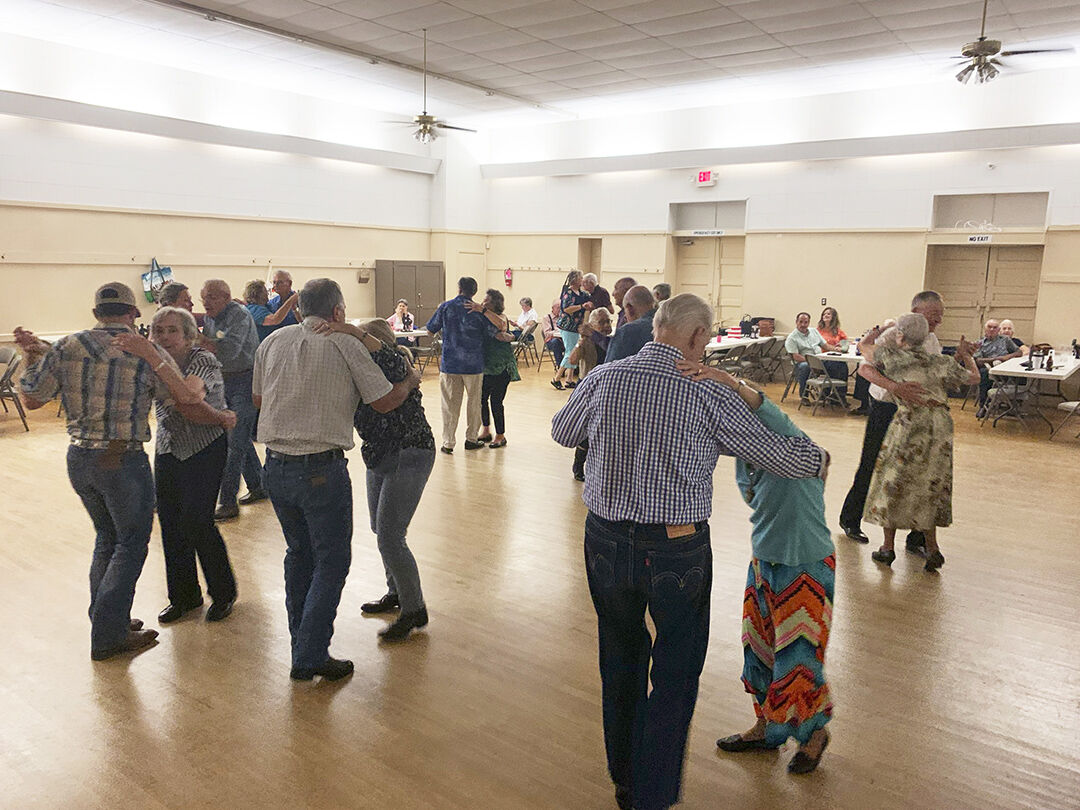 The last dance at Eagles Hall was held Saturday, Sept. 18, 2021 in New Braunfels. The Fraternal Order of Eagles sold the hall several weeks ago and recently held its final bingo and dance events.

The Eagles Hall, which for decades has served as everything from a dance hall to a polling location, has been sold — and the future of the building is unclear.

Cummins said he can’t disclose who bought the building or what the owner plans to do with it, but said the fraternal organization will continue to be a part of the community.

“We are still working in different areas, we’re looking to help out the community more than what we’ve been doing,” Cummins said. “We’re setting up in different areas — we do not have a stationary home at this time.”

According to local historical records, the hall was first built in 1870 as Weichold Hall. Over the years since it has been filled with all kinds of events including graduations, entertainment shows, athletics competitions, and singing societies.

The Eagles have had people come together on Saturday nights for a dance, harkening back to the German-heritage dances held when it was first used nearly 150 years ago. Its last dance was Saturday.

Every Thursday the group held a bingo night, with its last being about two weeks ago, Cummins said.

The building’s original structure — the actual dance hall area — was kept over the years while everything else has been improved over time.

During the mid-1800s, New Braunfels would hold a “Kindermaskenball,” a dance where children gathered at the New Braunfels Academy on Mill Street, dressed in costumes and danced to a brass band, according to the Sophienburg Museum’s website.

Hermann Seele 1855 built a large hall next to his home on the Guadalupe River where the Kindermasken parade was held for 20 or so years.

After that, the Kindermaskenball was moved to Lenzen Halle where the Courthouse Annex now stands. This hall burned in 1895, and so the children paraded instead to what is now known as the Eagles Hall building, but at that time was called Matzdorf Halle after being formerly known as Rheinlaender Halle.

This hall was later named Echo Hall after the Echo Home Association who bought it and improved it in 1922. The Fraternal Order of Eagles then bought it in 1958.