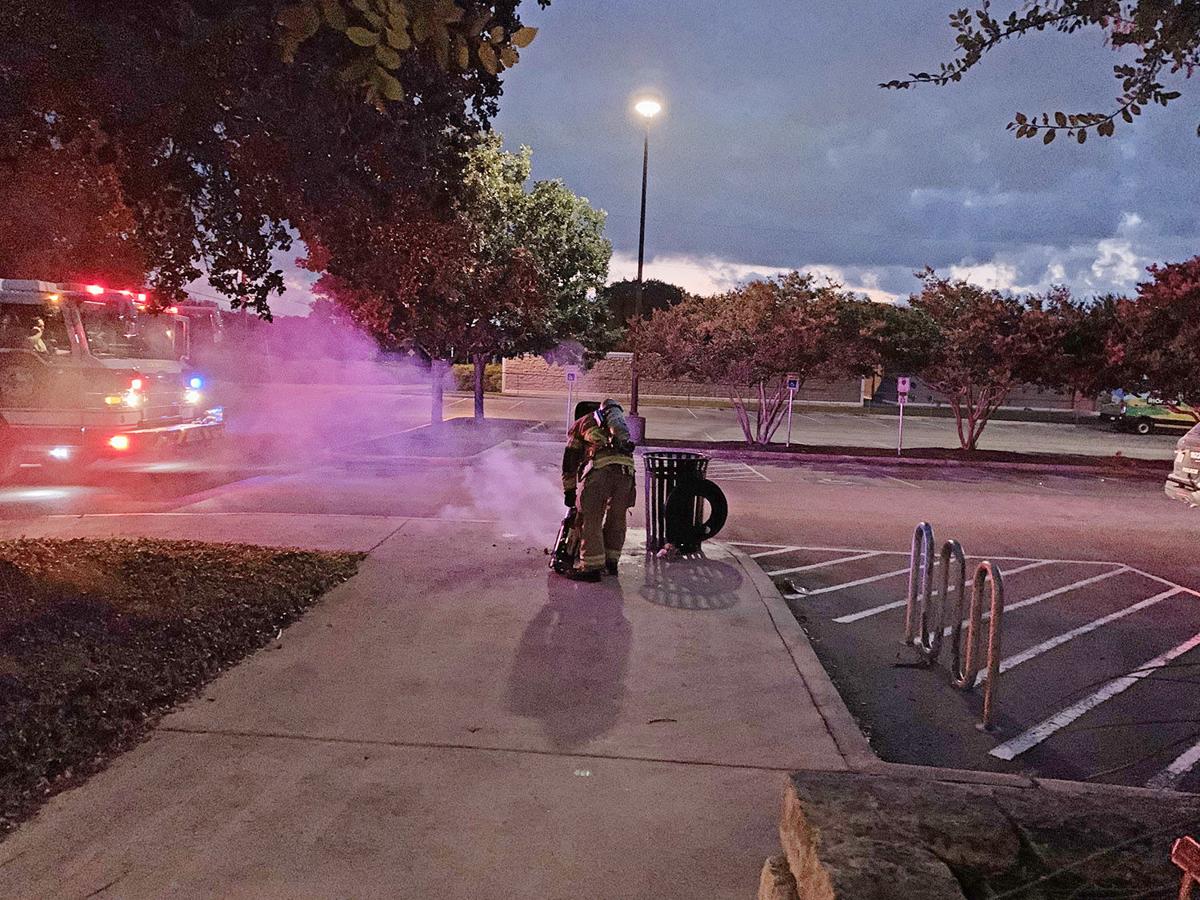 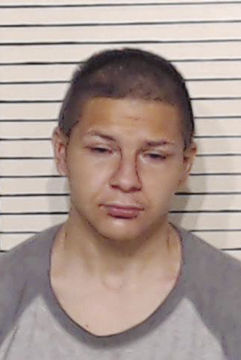 New Braunfels police and fire marshals Wednesday evening arrested a 19-year-old man suspected of setting trash cans on fire near the steps of the public library earlier in the day.

On Wednesday, officers and firefighters called to the library found three trash cans in the front they later determined were intentionally set on fire. Ferguson said two of the cans were located along the library’s curved front driveway and the third under the building’s right awning.

It took firefighters less than an hour to extinguish

the blazes and begin an arson investigation.

NBFD Assistant Chief and Fire Marshal Matt Bushnell said his crew interviewed witnesses and added the initial findings indicated no accelerants were used in the fires, only “normal combustible materials.”

Damage estimates to the trash cans and nearby wooden bench totaled around $500 or less, officials said. Bushnell said investigators from his office reviewed tape from library surveillance cameras that provided them “with a pretty good idea” who the suspect was.

Those same cameras captured the suspect in the June 6 vandalism, depicted throwing objects that shattered the library’s glass front doors.

Police said video indicated a Hispanic male in his late teens to early 20s with short black hair, a goatee and glasses, throwing what appeared to be rocks from his left hand. The man, a passenger in a white, mid-2000s Honda Pilot, exited the SUV and threw the objects and returned to the vehicle, which sped away — all in the span of 36 seconds.

Ferguson said police are still investigating that incident, which closed the library for two days

“Although investigators are not ruling out the possibility that this incident might be connected to the previous vandalism incident at the library, the initial results of the investigation indicate that the incidents are not connected,” Ferguson said.

Those with information on the first incident are asked to contact New Braunfels police or Comal County Crime Stoppers, which is offering a reward of up to $4,000 for information leading to an arrest and/or grand jury indictment.

Those wishing to remain anonymous can contact Crime Stoppers at 830-620-8477; or leave tips at 1-800-640-8422, online at comalcrimestoppers.org, or the “P3 Tips” smartphone app available on iOS and Android devices.

To see the video from the New Braunfels Public Library cameras that captures the suspect smashing the glass front doors, point your web browswer at https://bit.ly/3hMskDl to see it on the New Braunfels Police Department’s Facebook page.

Arrest in arson case outside library

Arson suspected in front of library