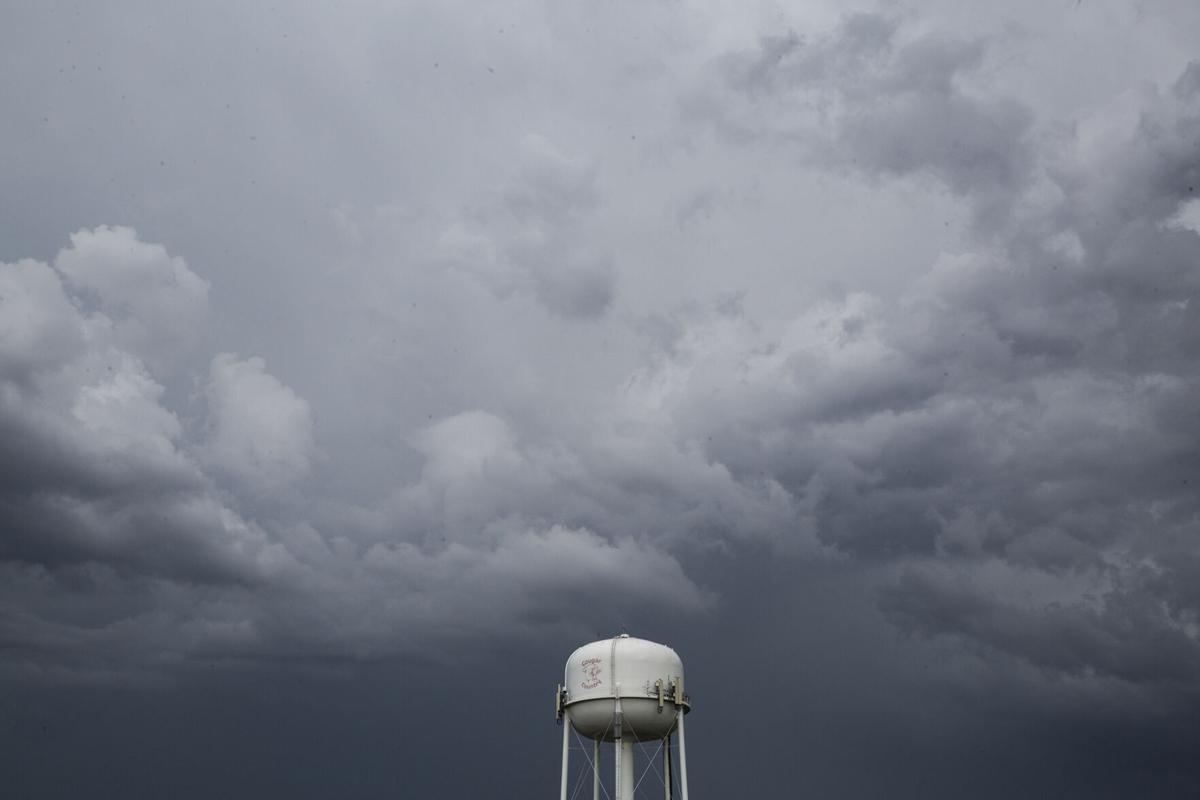 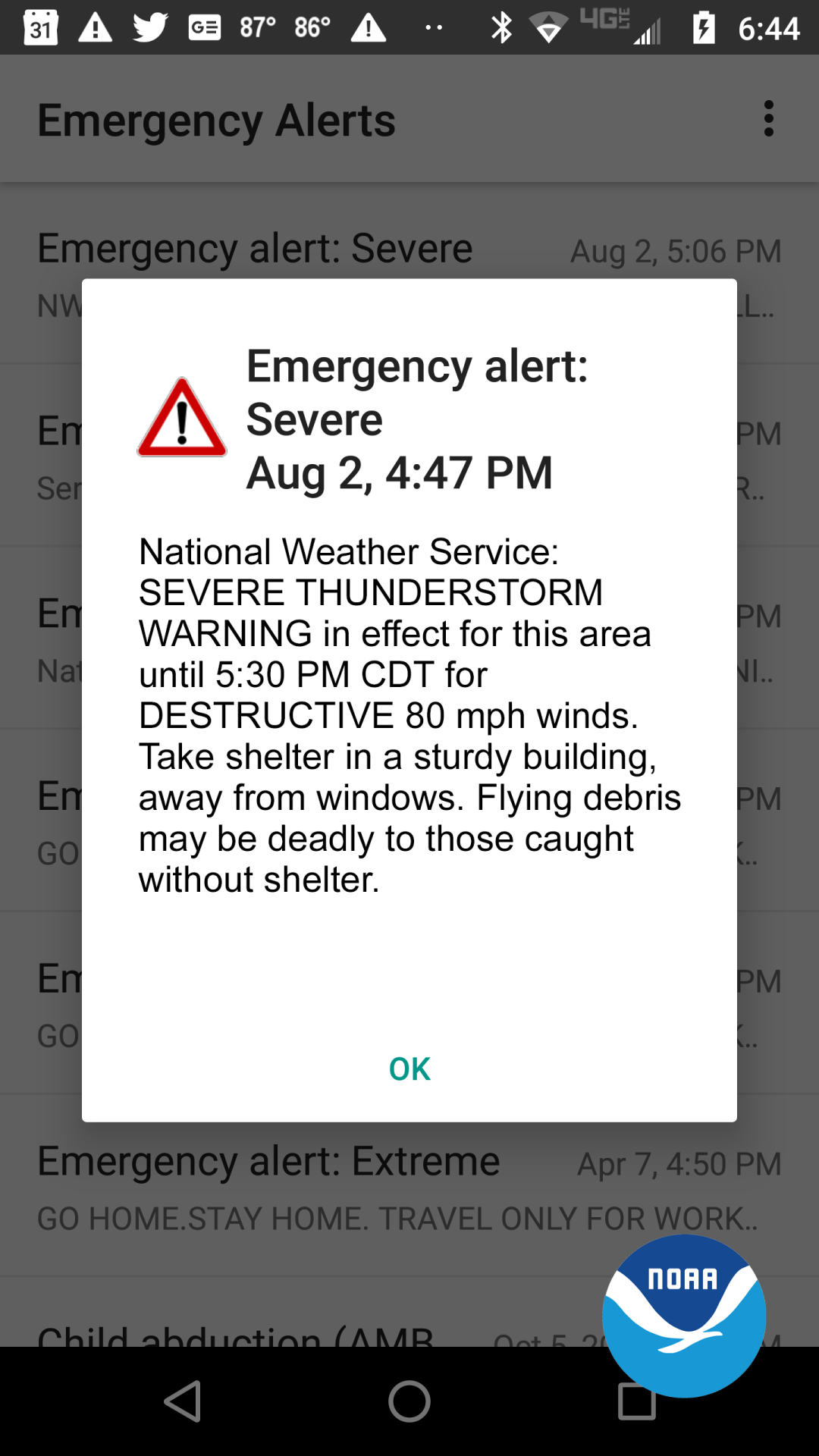 New types of destructive thunderstorm alerts will begin going to mobile phones to let people know about dangerous conditions. This image is an example of what the alerts will look like on residents’ phones.

Severe thunderstorms can be life-threatening, but not all severe storms are the same. Hazardous conditions range from tornadoes, large hail storms, and widespread straight-line winds called derechos, to cloud-to-ground lightning and flash flooding.

Plans call for the NWS to better convey the severity and potential impacts of thunderstorm winds and hail starting Monday by adding a damage threat tag to severe thunderstorm warnings.

The categories, in order of highest to lowest damage threat, are destructive, considerable and base. These tags and additional messaging are designed to promote immediate action based on the threats.

The new destructive thunderstorm category conveys to the public that urgent action is needed, a life-threatening event is occurring which could cause substantial damage to property.

The criteria for a destructive damage threat is at least 2.75-inch diameter, also described as baseball-sized, hail and/or 80 mph thunderstorm winds. Warnings with this tag will automatically activate a wireless emergency alert on smartphones within the warned area.

The criteria for a considerable damage threat is at least 1.75 inch diameter, also described as golf ball-sized, hail and/or 70 mph thunderstorm winds. This will not activate a wireless emergency alert.

The criteria for a baseline or “base” severe thunderstorm warning remains unchanged, one inch, also described as quarter-sized hail and/or 58 mph thunderstorm winds. This will not activate a wireless emergency alert. When no damage threat tag is present, the damage is expected to be at the base level.

On average, only 10% of all severe thunderstorms reach the destructive category each year nationwide, according to NWS. Most of these storms are damaging wind events such as derechos and some of the larger, more intense thunderstorms, called supercell storms that can typically produce very large hail in their path.

All National Weather Service severe thunderstorm warnings will continue to be issued and distributed via weather.gov, NOAA Weather Radio, the Emergency Alert System, media outlets and through dissemination systems to the public.

The addition of damage threat tags is part of the agency’s broader hazard simplification project to improve communication of watches and warnings to the public.

As part of that project, NWS is also seeking public comment on options to replace some terms from its hazard messaging system in favor of more common language.

The NWS plans to remove the “Advisory” headline from its “Watch, Warning, and Advisory” system in favor of plain language headlines. In addition, the “Special Weather Statement” headline will also be removed and transitioned to plain language.

NWS is currently accepting feedback on a set of options to help refine the exact wording of these new headlines. The survey, which closes Saturday, is available at www.surveymonkey.com/r/HazSimp21.