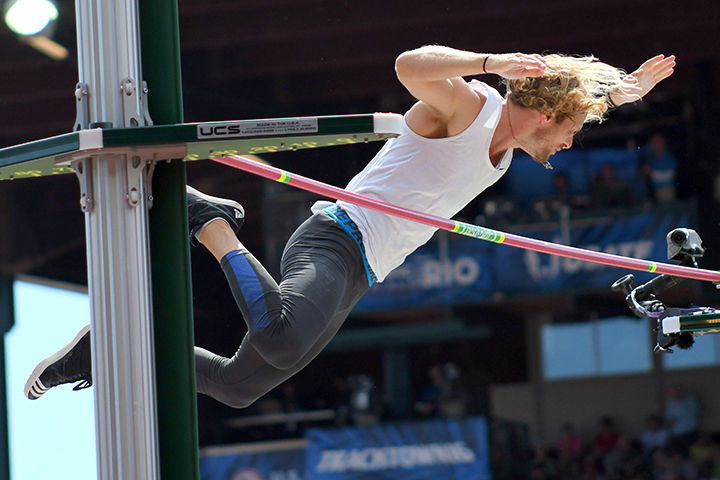 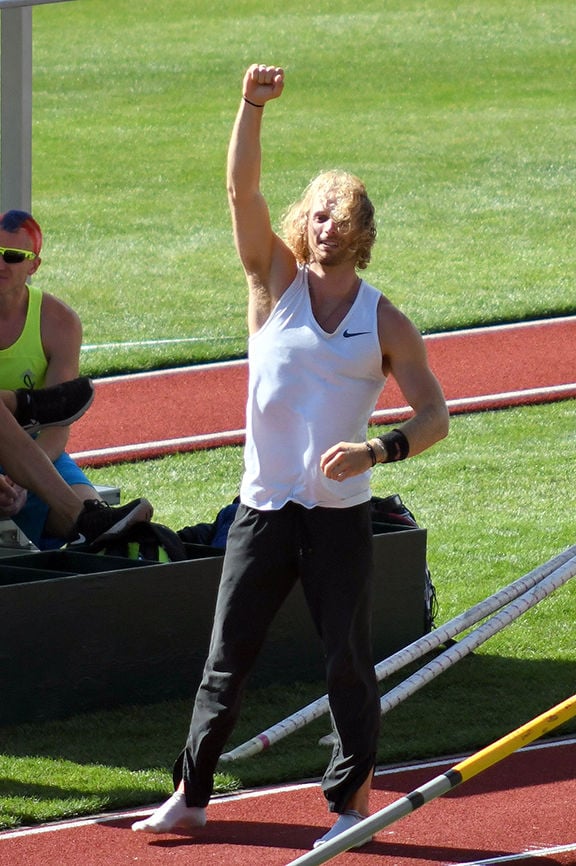 Cunningham celebrates as one of three vaulters to represent the United States on the world stage.

Cunningham celebrates as one of three vaulters to represent the United States on the world stage.

Logan Cunningham found a different way to celebrate the Fourth of July Monday.

This Independence Day the pole vaulter from Smithson Valley and Texas State saw his Olympic dream come true when he landed Team USA’s third spot with a clearing of 18-4 during qualifying trials.

Now, he’ll be living that dream in Rio de Janeiro next month.

“This is great,” Cunningham said. “It took a little while to sink in. I think I started realizing it today when I was going through all the registration information for Rio. I got my uniform and all my gear.

“I was enjoying the process. It made me realize all the hard work I have done to get here. The competition is great, but I was able to do it. My dream came true.”

Cunningham reached the finals this past Saturday after vaulting 18-2 1/2 on his first attempt. Seven others also cleared that height.

“Saturday was kinda stressful,” Cunningham said. “Everyone was jumping really well. There were a couple of surprises, but I stayed focused and was able to make it to the finals.”

Although Cunningham went into the finals on a high note, the day started out a little shaky while trying to go 17-8 after missing his first two attempts. However, he succeeded on his third attempt.

“It was a rough start, but I pulled through and found my groove,” Cunningham said. “I was able to clear it at the end. After the two misses I really got mad at myself. I didn’t come out here just make it to the finals. I came here to place in the top three. I had to dig down deep. After that I got into a rhythm and started jumping better.”

From that point, Cunningham was rolling.

He then hit 18-0 with no problem before following with his Olympic-clinching 18-4.

Cunningham didn’t waste any time reaching that pinnacle, hitting it on his first try.

Cunningham tried for 18-6 but fell short. In the long run, that didn’t matter.

He had the advantage on fewer misses over Tray Oates (Samford) and Mark Hollis (Nike), who also cleared the height.

After going out at 18-6, Cunningham had to wait to see if Kendricks and Simmons would get there. When they failed to connect, the third spot belonged to the former Smithson Valley athlete.

“I really wanted to have a couple more vaults,” Cunningham said. “But I felt good after that. Everything worked. I didn’t think of the competition. I focused on having a good run and a good plant. My takeoff was good. When I planted I felt I had a good jump.”

Now, Cunningham will spend the next few weeks preparing to represent the USA with a strong showing.

“I really didn’t have my best day (Monday),” Cunningham said. “But it was good enough to get me there. I need to get better. I have to go back and work hard. I need figure things out and be at my best.”

Congratulations, Mr. Cunningham!!! What an accomplishment.