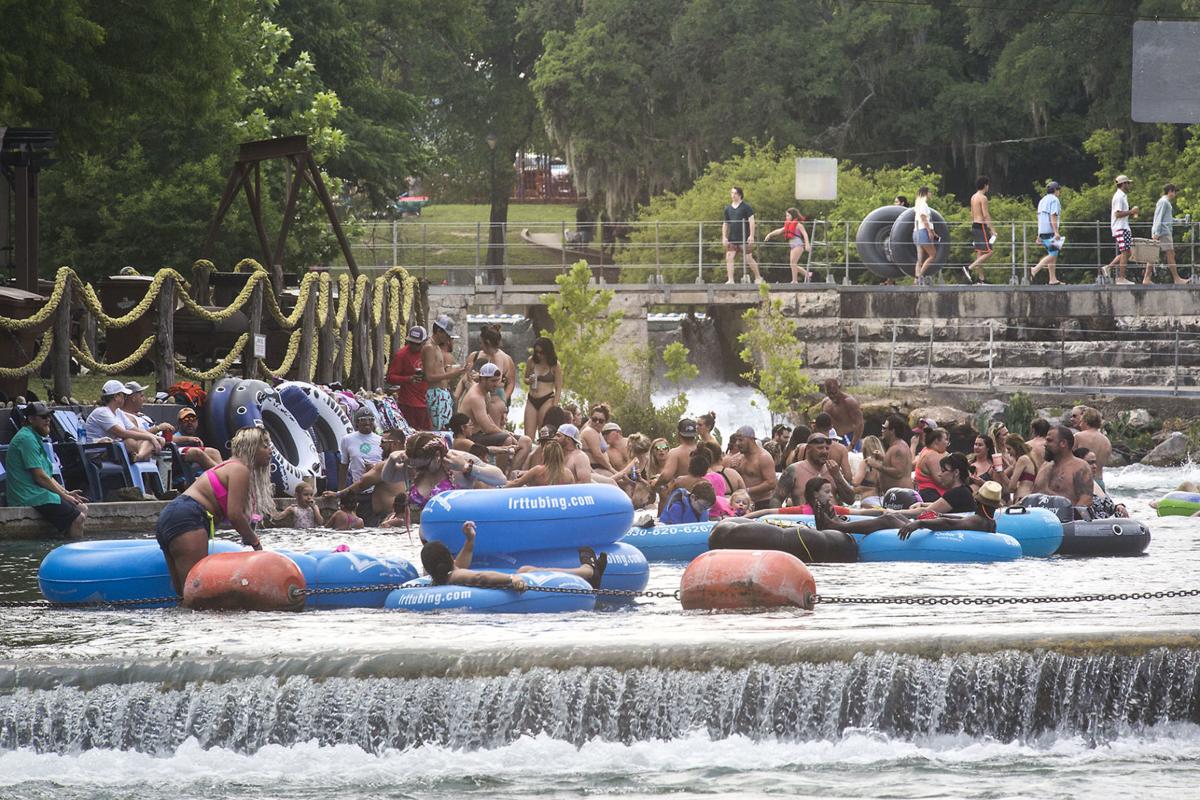 Patrons lounge at the Comal River on Friday, May 15, 2020.River parks reopened last weekend after seven weeks of closures to combat the spread of the coronavirus. Parks are now open under limited hours — between 9 a.m. and 8 p.m. daily — and under limited capacity, with park rangers monitoring parking areas adjacent to each venue. 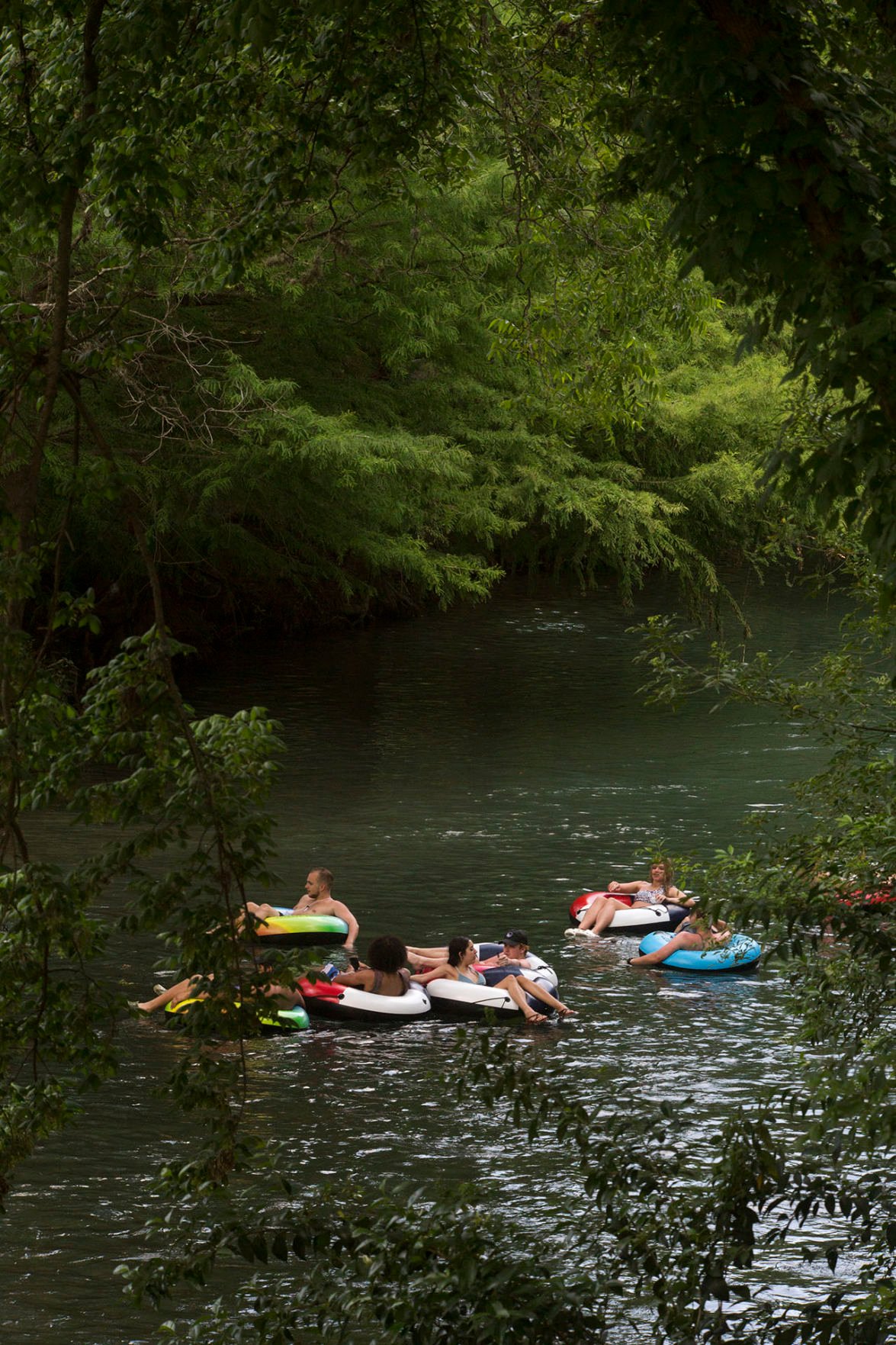 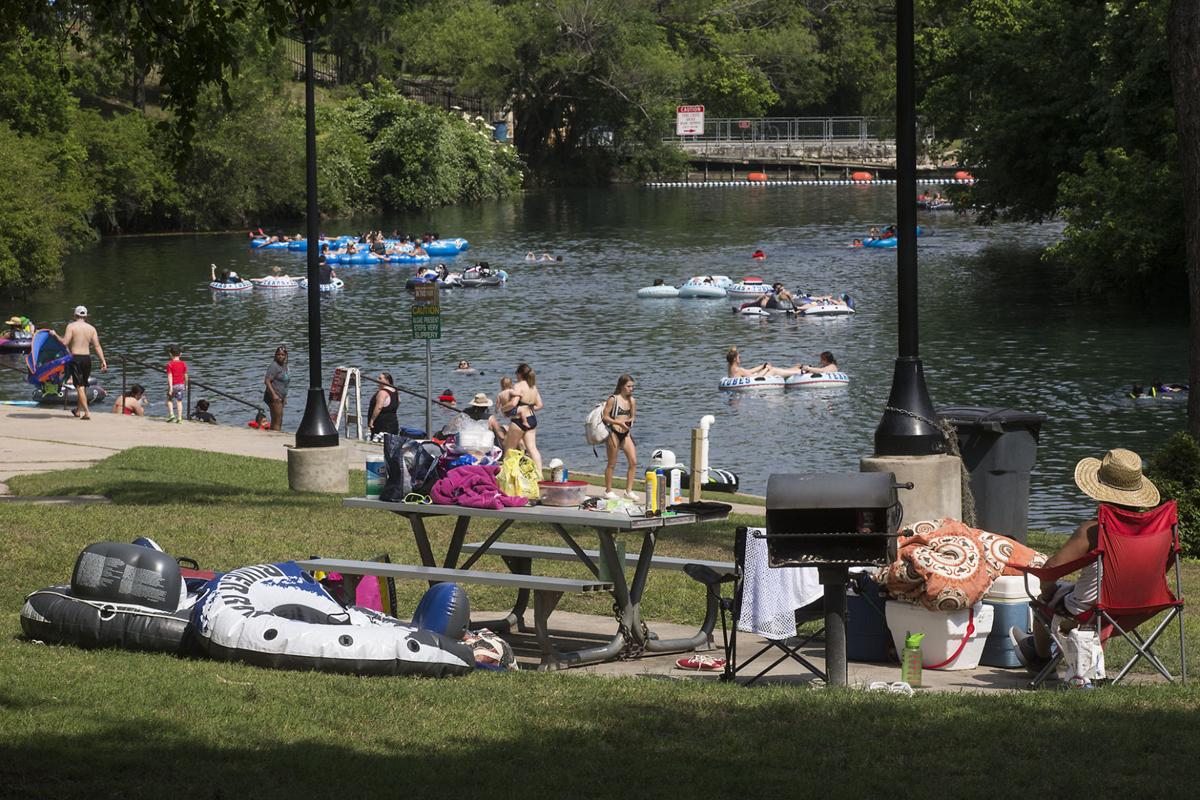 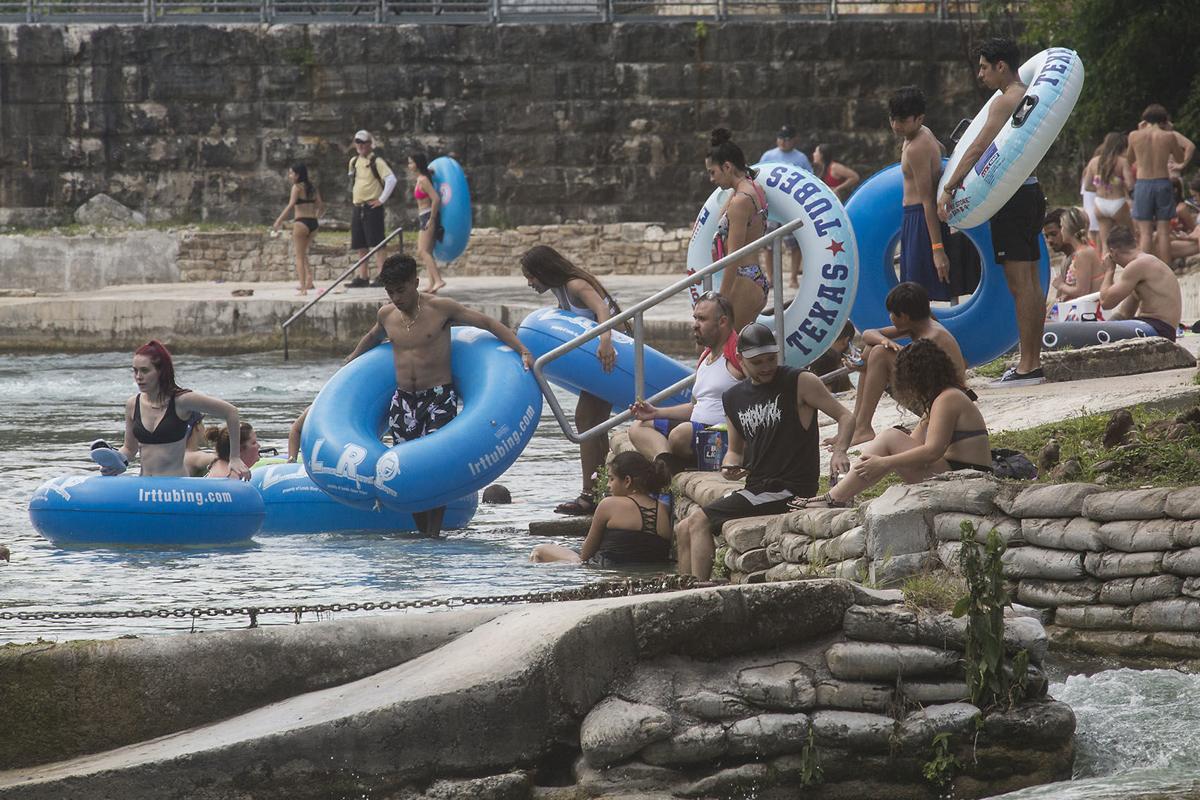 Patrons lounge at the Comal River on Friday, May 15, 2020.River parks reopened last weekend after seven weeks of closures to combat the spread of the coronavirus. Parks are now open under limited hours — between 9 a.m. and 8 p.m. daily — and under limited capacity, with park rangers monitoring parking areas adjacent to each venue.

COVID-19 has created a whole new landscape for area residents and visitors expected to flock to parks and river venues throughout Memorial Day weekend.

As always, New Braunfels police and Comal County Sheriff’s Office deputies will be stepping up traffic enforcement and river patrols over the weekend while watching crowds to make sure they comply with social distancing measures.

“We’re expecting an increase in the number of people in town and in particular along the rivers,” David Ferguson, city communications coordinator, said. “We will have extra staff along the rivers, like always. We’re just asking people to be safe and have fun.”

Ferguson said this year has made everyone more vigilant of hygiene, social distancing and other measures preventing the spread of COVID.

patrol and traffic units on the streets throughout the holiday period.

“The STEP program targets speeders, drunk drivers, those not wearing seatbelts and distracted drivers — with a particular emphasis on intersections,” he said. “Officers will be looking for those running stop signs and traffic signals, especially at problem intersections.”

Reynolds said CCSO directed deployment units and patrol deputies will be on the lookout along River Road and Guadalupe River, and supporting the Water Oriented Recreation District and U.S. Army’s Corps of Engineers around Canyon Lake.

“We’re expecting a large crowd, now that the schools are closed and because the governor is opening up the state again from the COVID situation,” he said. “We know there might be some (inclement) weather, but there are always large crowds during major weekends.”

Reynolds said CCSO units will monitor pedestrian intersection crossings at Farm-to-Market Road 306 and FM 2673 and up from there at the lodge.

“We’ll have teams looking at corner traffic, where pedestrians will be crossing near the Maricopa Riverside Lodge, and a little further west on FM 306 near the Tube Haus, to make sure people have some help getting across the street,” he said.

The Texas Parks and Wildlife Department, during this week’s National Safe Boating Week, reminded boaters to be safe by following the law and undertaking basic safety precautions.

During March and April the state saw a 45% increase in open water-oriented boating and swimming incidents over the same period in 2019, when 36 boating fatalities occurred on Texas waters.

“Game wardens will be out in full force this weekend to ensure the public enjoys their time on the water responsibly, but we need boaters to make sure they are taking safety seriously, too,” said Cody Jones, TPWD’s assistant commander of marine enforcement.

“Most of the tragic deaths and serious injuries that occurred in Texas waters last year could have been prevented by following a few simple and important steps — wearing a life jacket and using a safety ignition kill switch.”

Water safety measures should also be undertaken by tubers on rivers and lakes. On Monday, authorities said witnesses reported 25-year-old Jhonatan Zavaleta missing after he drifted from the Comal Park beach area far into Canyon Lake. Friends said he tried to swim back to shore, but his body, sans tube and lifejacket, was later recovered in 65 feet of water.

“Drowning is the highest reported cause of death in boating fatalities, and most victims are found not wearing a lifejacket,” Jones said. “It’s not enough to just stow your life jacket onboard because accidents on the water can happen much too fast to reach and put one on.”

Law enforcement will also be on the lookout for those violating boating under the influence of drugs or alcohol. Game wardens issued 193 BWI citations across the state in 2019.

Last year, law enforcement agencies reported below-normal totals of arrests and citations for river-related infractions during the three-day holiday period, largely due to rains on Saturday — which are forecast again throughout this weekend.

“We’ve always expressed the same desire,” Reynolds said. “We want to educate the people first and then if you don’t heed the suggestion, we’ll warn you. But if you press us, then we’ll certainly start enforcing.

“We want people to do same things they’ve done here before — but we want them to be safe. We’re asking they practice a little social distancing — because no one wants to catch the COVID while having a good time.”